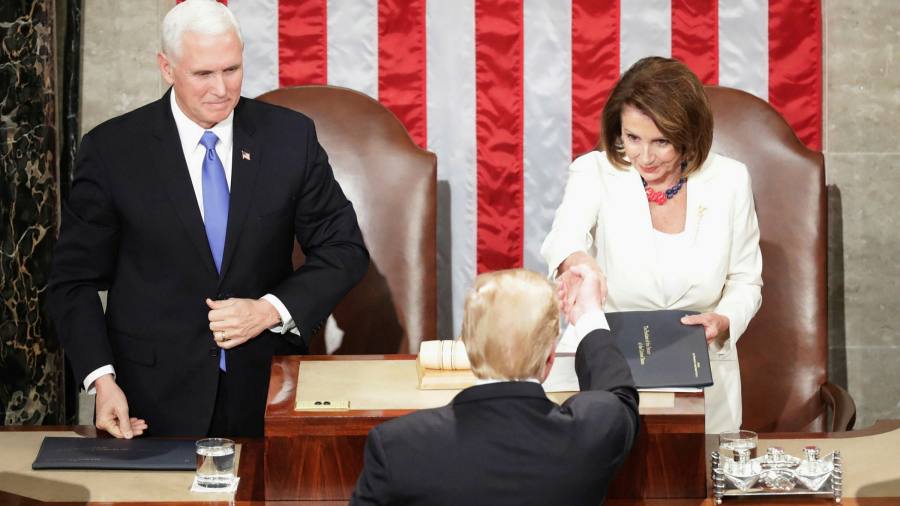 Donald Trump’s coronavirus diagnosis has pushed the US into uncharted territory. A country hit by economic devastation, racial unrest and a pandemic is now asking what happens if Covid-19 fells — or incapacitates — the president just weeks before election day.

What happens if a presidential candidate is ill and has to withdraw before polling day?

The candidate’s political party has to make a choice. It is not a constitutional matter but a question for Republicans and Democrats, and both parties have a clear set of rules setting out how to handle such a situation. In the case of Mr Trump, the 168 members of the Republican National Committee — which comprises senior party officials from each state — would vote to choose a new presidential candidate. Mike Pence, vice-president, would be the obvious replacement, but the RNC would be under no obligation to choose him.

The anointment of a new candidate would bring a host of logistical and legal complications. State deadlines for candidates to register on the ballot have passed, and millions of ballots have already been printed, mailed out, or indeed been returned by voters.

Mr Trump would probably remain on the ballot, but the arcane US Electoral College system might mean that any replacement selected by the Republican party could yet stand in his place.

Each state chooses a slate of electors, who are then expected to vote in the Electoral College for the candidate who won the popular vote in their state.

Many states have laws requiring electors to obey or promise to obey the outcome of the popular vote, but it is possible they would still vote for the replacement candidate in places where the Republicans won.

“It is hard to imagine they would be sanctioned for violating these laws; in any event, the sanctions are so mild no elector would be deterred by them in this situation,” wrote Richard Pildes, an election law expert at NYU School of Law, in the Washington Post.

“We note that because the situation is not before us, nothing in this opinion should be taken to permit the states to bind electors to a deceased candidate,” the court said.

Can a presidential election be delayed?

Delaying the election would be one way to ensure the process can be restarted with the different candidates, but no presidential poll in US history has ever been pushed back.

In July, Mr Trump raised the possibility. In the context of his unsubstantiated warnings about fraud, he wrote on Twitter: “Delay the Election until people can properly, securely and safely vote???”

However, the power to delay rests in the hands of Congress, not the White House.

Lawmakers in the House of Representatives and the Senate could vote to alter the date of the presidential election by changing the relevant statutes, according to the National Constitution Center.

But they could not delay the vote indefinitely. The constitution does not specify what day the election has to be held but it does include a hard deadline: January 20. That is the day when the president’s term in office has to end.

What happens if a president dies in office?

The presidential line of succession is much clearer than the question of replacing a presidential candidate mid-campaign. First in line to replace Mr Trump is Mike Pence, his vice-president. After him comes Nancy Pelosi, the Democratic speaker of the House of Representatives and one of Mr Trump’s chief opponents. Next in line after her is Republican senator Chuck Grassley of Iowa, the president pro tempore of the Senate.

What happens if the president is incapacitated?

If the president’s ability to perform the duties of office was impaired because, for example, he was to be put on a ventilator, the constitution allows him to notify Congress that the vice-president will become acting president.

According to John Hudak of the Brookings Institution, the relevant constitutional provision — section 3 of the 25th amendment — was invoked once by Ronald Reagan and twice by George W Bush for medical procedures “in which anaesthesia or heavy sedation was used”.