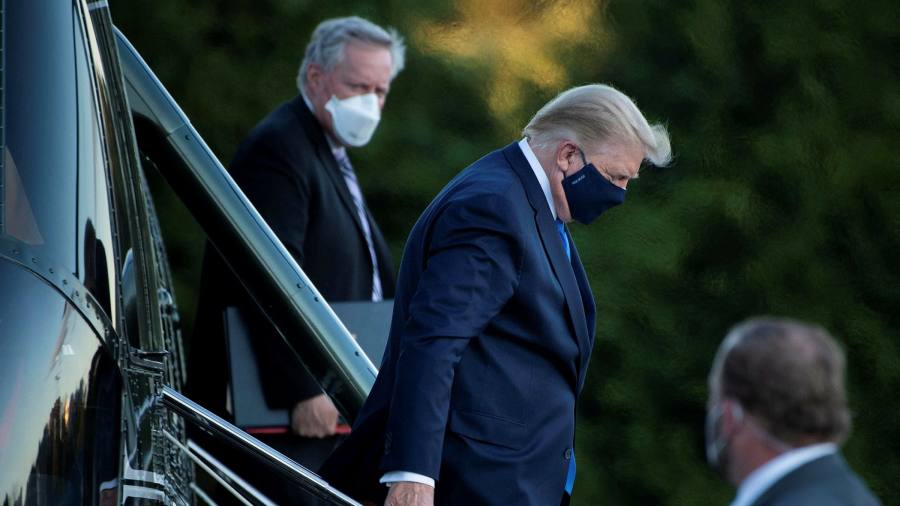 Donald Trump’s physician said he was “extremely happy” with the progress that the president had made since being admitted to Walter Reed hospital with Covid-19 one month before the US election.

Sean Conley, the White House physician who is attending to the president with a team of doctors at the military hospital, said Mr Trump had been “fever free” for more than 24 hours and was in good spirits.

Dr Conley said Mr Trump was “not on oxygen” at the moment. But he repeatedly refused to answer questions about whether the president had been given oxygen at any point related to his positive diagnosis.

The president was flown to the military hospital on Friday evening after developing a fever and was treated with two experimental drugs during the day, amid rising concern about his condition one month before the election.

Shortly before midnight on Friday, five hours after the president had arrived at Walter Reed in suburban Maryland, Dr Conley had said that Mr Trump was resting comfortably and was “not requiring any supplemental oxygen”. 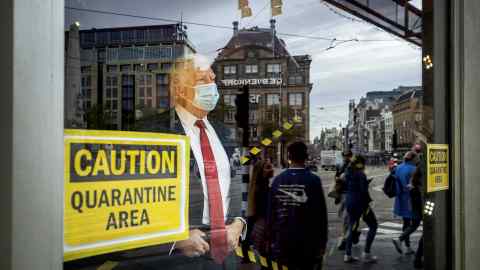 The president’s coronavirus diagnosis came just as he was ramping up campaign rallies to attempt to catch up with Joe Biden, his Democratic rival, in the polls, with time running out ahead of the November 3 election.

On Saturday, Chris Christie, the former governor of New Jersey who helped Mr Trump prepare for the first debate with Mr Biden, announced that he too had tested positive.

“I just received word that I am positive for COVID-19,” he tweeted. “I want to thank all of my friends and colleagues who have reached out to ask how I was feeling in the last day or two. I will be receiving medical attention today and will keep the necessary folks apprised of my condition.”

On Friday, Dr Conley said Mr Trump had been given remdesivir, an antiviral treatment manufactured by Gilead Sciences, after checking into Walter Reed. 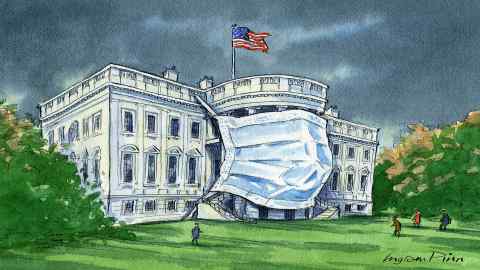 Before he was moved to the hospital, Mr Trump was given an infusion of an experimental antibody cocktail manufactured by Regeneron Pharmaceuticals, a biotech company.

The White House on Friday said that the decision to move Mr Trump to hospital was a precautionary measure.

Critics asked why White House doctors had not held a press conference to provide more details. Before his briefing on Saturday morning, Dr Conley had only issued three memos with minimal information.

Mike Pence, the vice-president who would assume power temporarily if Mr Trump became incapacitated, tested negative on Saturday, his second negative result since the president was diagnosed with the virus early on Friday.

Trump vs Biden: who is leading the 2020 election polls?