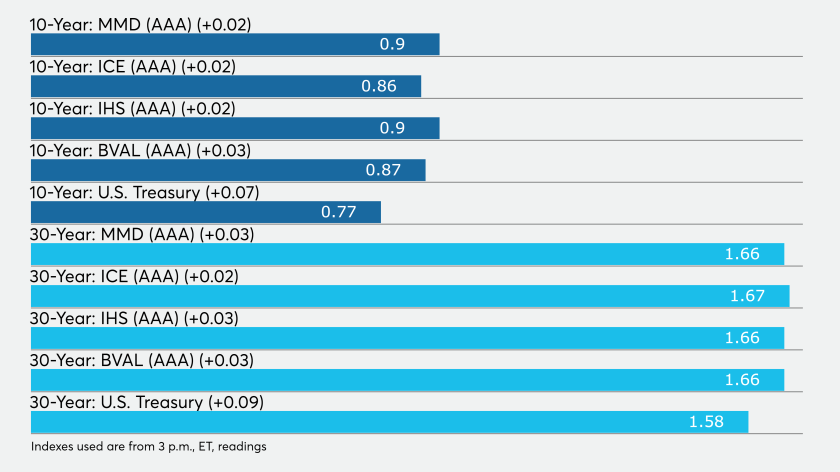 With close to $15 billion of new volume headed into the municipal market this week, it will be dicey for issuers and underwriters to get the deals done given the heavy glut of paper pricing into an uncertain enviornment, according to a New York underwriter.

New York City is putting to the test investor appetite for more than $1 billion of bonds while a California issuer will offer taxable green bonds to international investors on Wednesday with a planned listing on the London Stock Exchange, the first municipal issuer to go directly to European investors.

“The SFPUC is committed to building low-carbon, socially inclusive infrastructure. Building off of our work last year to align project impacts with the UN sustainable development goals, we see listing in Europe as another way to reach new investors and participate in the global green bond market. We hope this may serve as an example for other U.S. muni green bond issuers,” said Chief Financial Officer and Assistant General Manager, Business Services,
Eric Sandler.

The muni market should be able to handle the supply as investors have available cash, however, the New York trader said there are many cross currents plaguing the market, including COVID-19, the potential for a stimulus bill, and the future of the economy to name a few. “The market doesn’t like uncertainty,” he said.

The slate of negotiated and competitive volume is historically high for weekly supply in recent years, the underwriter said.

“The supply will weigh heavily on the market and that will make for a challenging market,” he said. “You want to get the supply put away, but it might take adjusted levels to get that done,” he said.

He noted the market is expecting to see excessive supply throughout the rest of the month ahead of the Nov. 3 presidential election.

Meanwhile, the DASNY deal normally offers debt in the negotiated sector, which allows the senior manager to garner widespread investor interest,” the underwriter said. “With the dealers being more cautious, it could be a challenging sale, but only time will tell,” he added. This week’s market conditions come on the heels of an increase in bid wanted lists last week and slightly negative bond cash flows after over 15 weeks of positive inflows, the underwriter noted.

The authorized modified FY 2020 budget for COVID-related spending is $4.01 billion. As of Sept. 30, preliminary data for fiscal 2020 shows the city accrued $2.62 billion of COVID related expenditures for the fiscal year.

HilltopSecurities is the financial advisor; Locke Lord is the bond counsel.

Davenport & Co. is the financial advisor; McKennon Shelton is the bond counsel.

Transportation is in the spotlight on Wednesday, when Morgan Stanley is expected to price Hawaii’s (A1/A+//) $575 million of airport system revenue bonds consisting of AMT and non-AMT tax-exempts and taxable bonds. The Maryland Department of Transportation (Aa1/AAA/AA+/) is competityively selling $300 million of consolidated transportation revenue bonds. PFM Financial Advisors and People First Financial Advisors are the financial advisors. Kutak Rock is the bond counsel. 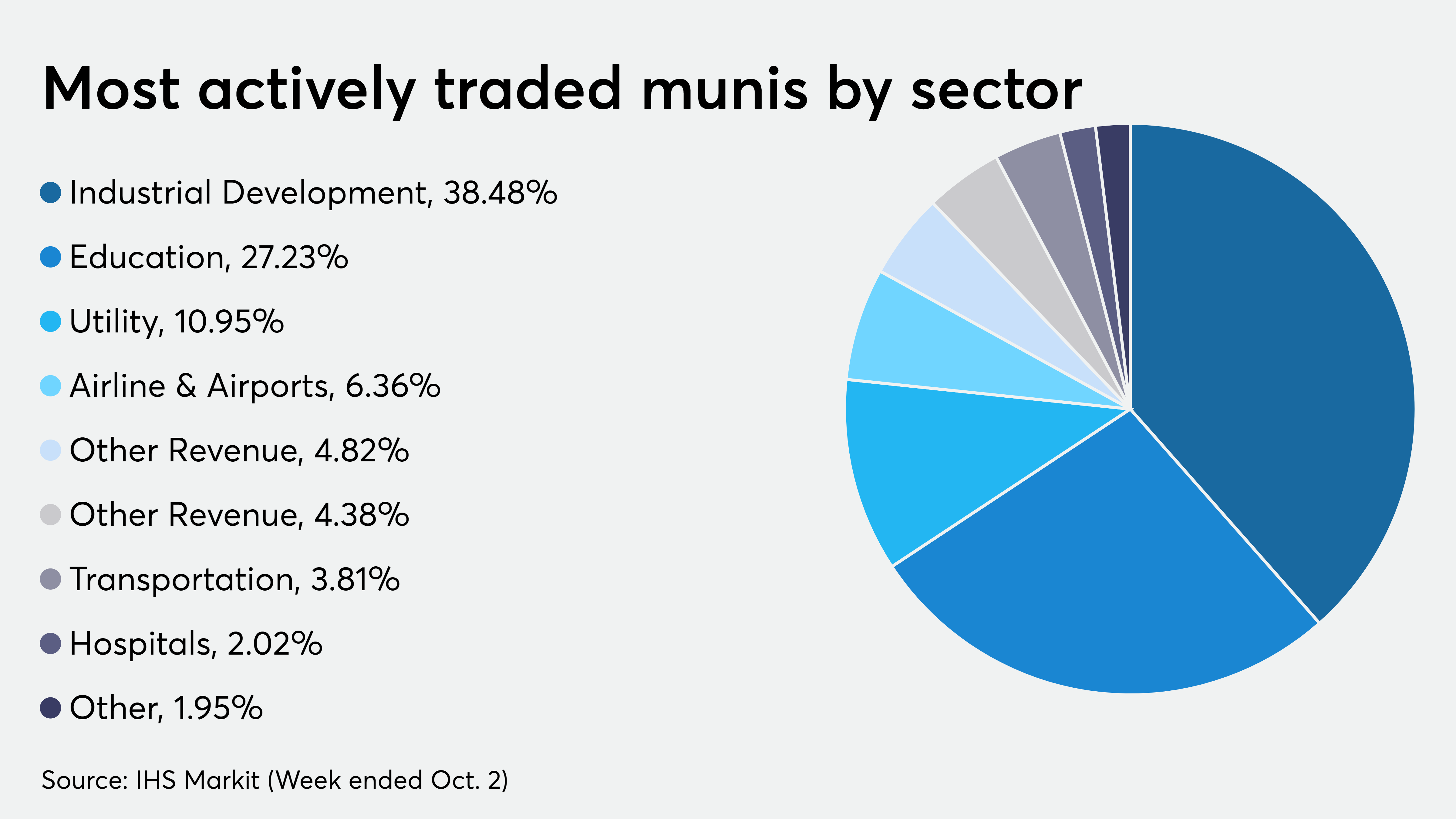 Lynne Funk contributed to this report.