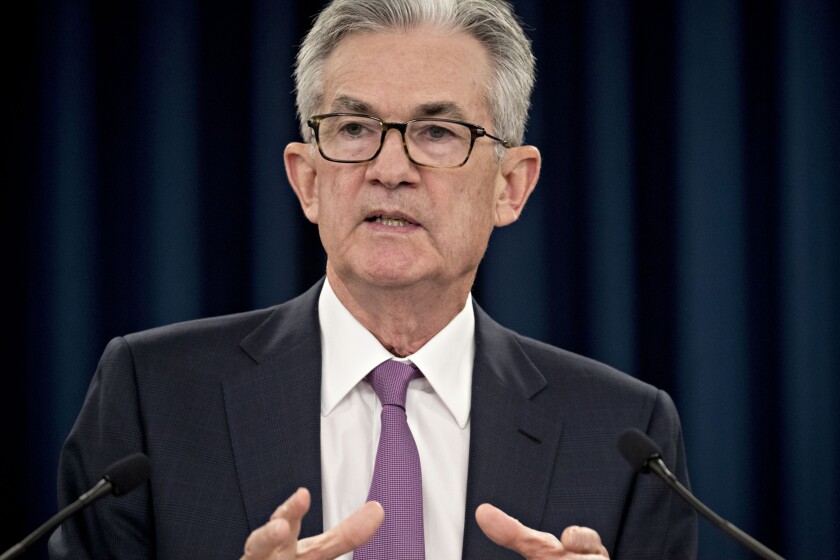 The Federal Reserve again stated it will use all tools necessary to support the economy and in his press conference, Board Chairman Jerome Powell said the Federal Open Market Committee has started to discuss whether the emergency facilities created earlier this year need to be extended as the number of coronavirus cases is again rising.

“We are not out of ammo,” Powell reiterated, although he did not specify anything more than other “asset purchases,” and “if things deteriorate, then maybe we want to look at the facilities; add a new one, or make changes.”

Ed Al-Hussainy, senior interest rate and currency analyst at Columbia Threadneedle Investments, said, he expects the Fed to extend some of the facilities, which expire at year’s end. “There’s a decent case for ending the primary credit facility in December while maintaining the secondary facility for another three to six months. In the long run, I expect the Fed to move toward a standing facility with the capacity to purchase investment grade credit without a Treasury backstop.”

The Fed has been urging Congress and the president to offer additional fiscal stimulus, and to date it hasn’t come through.

“Policymakers realize that while fiscal support may be forthcoming after the start of the year, these next two months require them to continue to be the only game in town as it pertains to supporting the nascent economic recovery,” said Karissa McDonough, chief fixed income strategist at People’s United Advisors. “We expect that Powell may engage in a significantly expanded Treasury bond purchase program over and above the ongoing purchases the Fed is already doing ($80 billion a month).”

The Fed, in its statement, said it would continue purchases “at least” at current amounts.

Mike Fratantoni, senior vice president and chief economist of the Mortgage Bankers Association noted the Fed has given itself some wiggle room on asset purchases. Although it commits to continue at least the same amount for the “‘coming months,’ but it does not provide guideposts that could lead to changes in the pace.”

Steven Skancke, Keel Point’s chief economic advisor, said, “The Fed continues to encourage and reassure financial markets that it is ready to act further in the absence of what it believes to be much needed fiscal stimulus.” The most likely avenue with rates at the zero lower bound and an aversion to negative rates already stated, “would include amping up its bond buying program with extended maturities in the federal, state and local and corporate markets.”

The Fed is not likely to announce change in its thoughts on negative interest rates. He said, “Negative rates have technical difficulties in the U. S. and have not shown to be effective where used in other developed country central banks.”

The Fed may be forced to take more action, according to Bryce Doty, senior vice president and senior portfolio manager at Sit Fixed Income Advisors. “I believe the Fed is nervous that the recent economic improvement could hit a wall and cause the economy to stall without another stimulus bill from Congress,” he said. “Given the rapid growth of COVID-19 cases, people will become increasingly hesitant to go places and there will be partial closures coming. The Fed fears that the result will be an end to the rebound in employment growth. Also, there will be a further domino effect on inflation expectations and a spill over impact on economic growth.”

Economists polled by IFR Markets projected 733,000 claims in the week.

Continuing claims dropped to 7.285 million in the week ended Oct. 24, from an upwardly revised level of 7.823 million a week earlier, first reported as 7.756 million.

“The U.S. economy continues to mount a slower recovery compared to the stronger restoration of employment seen earlier this year,” said Mark Hamrick, senior economic analyst at Bankrate. “Even as employers add or restore jobs, there is still ongoing job loss reflecting the depth and duration of the downturn now in its 33rd week, although the Challenger data just released suggests job cut announcements were down 32% last month.”

The recent wave of COVID-19 cases, “reminded” people about the need for caution when going out in public, Hamrick said.

“While they have supported more purchases of goods, including via online, purchases of services remain the biggest casualties of this [cautious] decision making,” he said. “They will likely only be fully restored after safe and effective vaccines are widely available.”

Productivity
Productivity climbed 4.9% in the third quarter after soaring 10.6% in the second quarter, while unit labor costs dropped 8.9% after an 8.5% jump a quarter earlier, the Labor Department reported Thursday.

The 7.7% productivity gain in the past two quarters is the largest since the third and fourth quarters of 1965, Labor said.

The drop in labor costs was the biggest since the first quarter of 2009, according to the release.