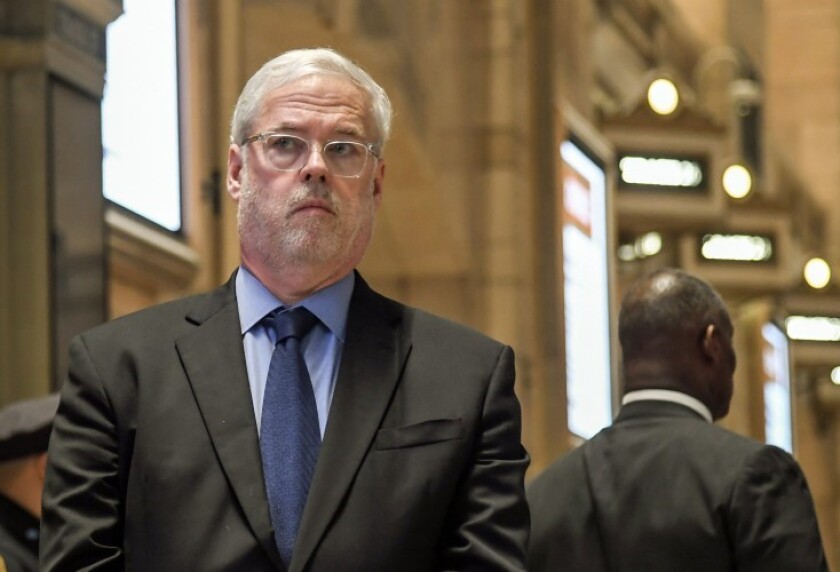 Such a mechanism would be the nation’s first cordoned congestion pricing toll zone of this scale.

“It’s more important than ever that our region has a strong and robust MTA to help power the economic recovery from this unprecedented crisis, and as traffic returns to pre-pandemic levels we must tackle congestion,” MTA Chairman Patrick Foye said. “With this guidance on an environmental assessment now in hand, the MTA is ready to hit the ground running.”

The MTA, one of the largest municipal issuers, expects to bond up to $15 billion of its current five-year, $55 billion capital plan. The current plan includes roughly $4 billion from bridge and toll revenues. The MTA operates New York City’s subways and buses, two commuter rail lines and several interborough bridges and tunnels.

An environmental assessment, which gauges traffic volume and air qualify among other metrics, generally takes less time than an environmental impact review, should no significant effects be identified.

According to Pollack, the process will involve interests from throughout the tri-state area of New York, New Jersey and Connecticut.

Lisa Daglian, executive director of the Permanent Citizens Advisory Committee to the MTA, called Tuesday’s announcement “a great step for riders and our region.

“Once implemented, we can look forward to achieving the 21st Century transportation system our region and its riders deserve,” Daglian said.

“At a time when New York City is trying to recover from the pandemic and is already losing residents and businesses to other lower-taxed states at record pace, the last thing we need is another toll to enter the central business district of Manhattan,” she said. “As a state legislator, I voted against this program because it would severely impact working-class Americans from transportation-starved communities.”

With cities facing a renewed challenge in managing congestion as they look to rebound from the pandemic, many eyes are on New York.

Chris Dempsey, director of the advocacy group Transportation for Massachusetts, called congestion pricing a sustainable method of traffic management and cited the potential of its variants.

For instance, the George Washington Bridge across the Hudson River, which the Port Authority of New York and New Jersey operates, has time-of-day pricing. “That’s sort of like matinee pricing at a movie theater,” Dempzey said on a webcast hosted by Boston-based think tank Pioneer Institute. “You pay a little bit less for the matinee show than for the evening show because there’s higher demand in the evening. It’s a concept that’s very familiar for people.”

Another variant is pricing based on real-time congestion, in place in the Washington, D.C, and Seattle regions.

“The toll can fluctuate and sometimes it might go up to four, five, six dollars or 10 dollars per commute. Sometimes it might be as low as 50 cents or a dollar for that commute,” said Dempsey, a former assistant transportation secretary under Massachusetts Gov. Deval Patrick.

“You don’t know exactly what price you might pay, but in exchange, you are guaranteed a trip time on that road. These roads have found a point on the white board where supply meets demand.”

New York lawmakers passed congestion pricing in April 2019 as part of the state fiscal 2020 budget. Revenues from Internet and mansion taxes were also part of the package, intended to boost capital funding for mass transit.

Under the proposal, local officials would charge a once-daily variable toll for vehicles entering or remaining within a cordoned area stretching from 60th Street in Midtown to Battery Park.

The state, MTA and local officials would have to work out implementing the system, including the politically dicey matter of exemptions. Gov. Andrew Cuomo had appointed a panel, but with the project on hold, it has yet to meet.