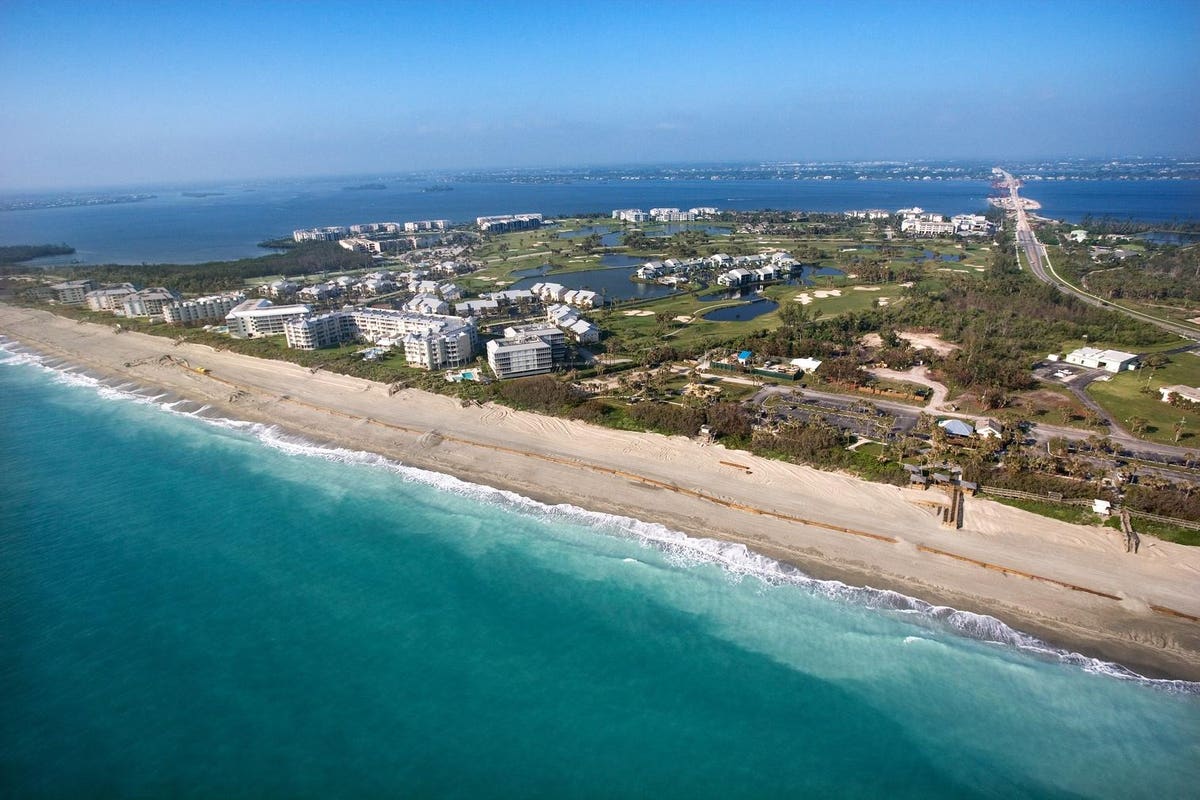 With 1,350 miles of coastline, Florida is second to only Alaska when it comes to waterfront real estate in the United States. But not all 1,350 miles are made equal. Some coastal stretches are known for white sand and crystalline waters, some are known for the golf courses, and others for the charm and tranquility—but only a few like the Riomar neighborhood in Vero Beach can claim to be known for all three.

Located on a barrier island, Riomar has two waterfronts—the western side borders the slow-moving banks of the Indian River, and to the east are the bright blue waters of the Atlantic Ocean—hence the name Rio-Mar (river-ocean). Though each is distinct in its own way, both put world-class fishing, boating and golfing at your fingertips.

Riomar’s charm is partly due to its history as the home of the Riomar Country Club, which was established along with the neighborhood back in 1919. The golf club and the beach club helped to sow the foundations for a gregarious and hospitable community where folks flip up their mailbox flags to let neighbors know they are welcome to stop in for a drink.

“Riomar is very friendly and casual. It’s quaint,” says Matilde Sorensen, co-owner of Dale Sorensen Real Estate and a resident of Vero Beach for 40 years. “But it’s also quietly sophisticated. Everything may be a little smaller, but Vero Beach still has a museum and a theater with operas and ballets.”

The homes in Vero Beach’s Riomar

The motto of Vero Beach is “sunrises, not high-rises,” and Riomar is no exception. The shore is unspoiled by bulky buildings and the long line of the blue horizon can be seen from blocks away—because of this almost all of the housing options are walk-up condos, single-family homes or estates.

Those lucky enough to live off one of the two waterfronts will enjoy unobstructed access to the water—riverside properties can even include boat slips or docks.

Often designed in the Bermuda or Anglo-Caribbean style, homes in Riomar are nestled amongst a landscape bursting with greenery, from palm trees to grand oaks. In many areas, the specimen trees have spread wide and far to make canopy-covered streets, many of which are not paved but instead lined with sand and seashells.

“People love the sandy roads,” Sorensen says. “Apart from the waterfronts, homes off of these sandy roads are some of the most expensive and sought after.”

With a small population and valuable real estate, Riomar’s median listing price can fluctuate greatly depending on one listing. According to Realtor.com, the median listing price in Riomar as of April 2021 was $3,500,000—this is compared to $2,635,000 just three months before.

“Lower price points for homes in Riomar go for about $1.8 million, and for that price, you most likely are going to have to update it,” Sorensen says. “Then prices can range all the way up to $20,000,000.”

Riverside and seaside properties make up the most expensive real estate in Riomar, though homes along the ocean are typically pricier.

More affordable options can be found for around $600,000 and are mainly one- to two-bedroom condos located off the shorelines.

The vibe in Vero Beach’s Riomar

Although Riomar is almost entirely residential—apart from golf courses and the like—there is an abundance of options for dining and shopping right nearby. Restaurants and stores are so close that many people can use an unorthodox form of transportation.

“A lot of people travel in golf carts,” says Sorensen. “You just pop over into the village where you can grab something to eat or go shopping if you want.”

Many of the most popular restaurants in the area offer views of the ocean or river, like the Ocean Grill, a landmark restaurant that has been in serving gourmet seafood and steaks for over 80 years.

In addition, there are also many choices for private schooling like St. Helen’s Catholic School, the Master’s Academy or the SunCoast School.

St. Edward’s School, a prep school serving students K-12, is one of the only schools located on the barrier island.

Vero Beach sits just about halfway between Orlando and Miami—the former being about 100 miles northwest and the latter is 150 miles straight down the coast.

Located in central Vero Beach is the Vero Beach Regional airport with flights across Florida and select flights to the northeast United States.

An hour or so drive headed south along the coast puts you in West Palm Beach and fifteen miles further is Boca Raton.